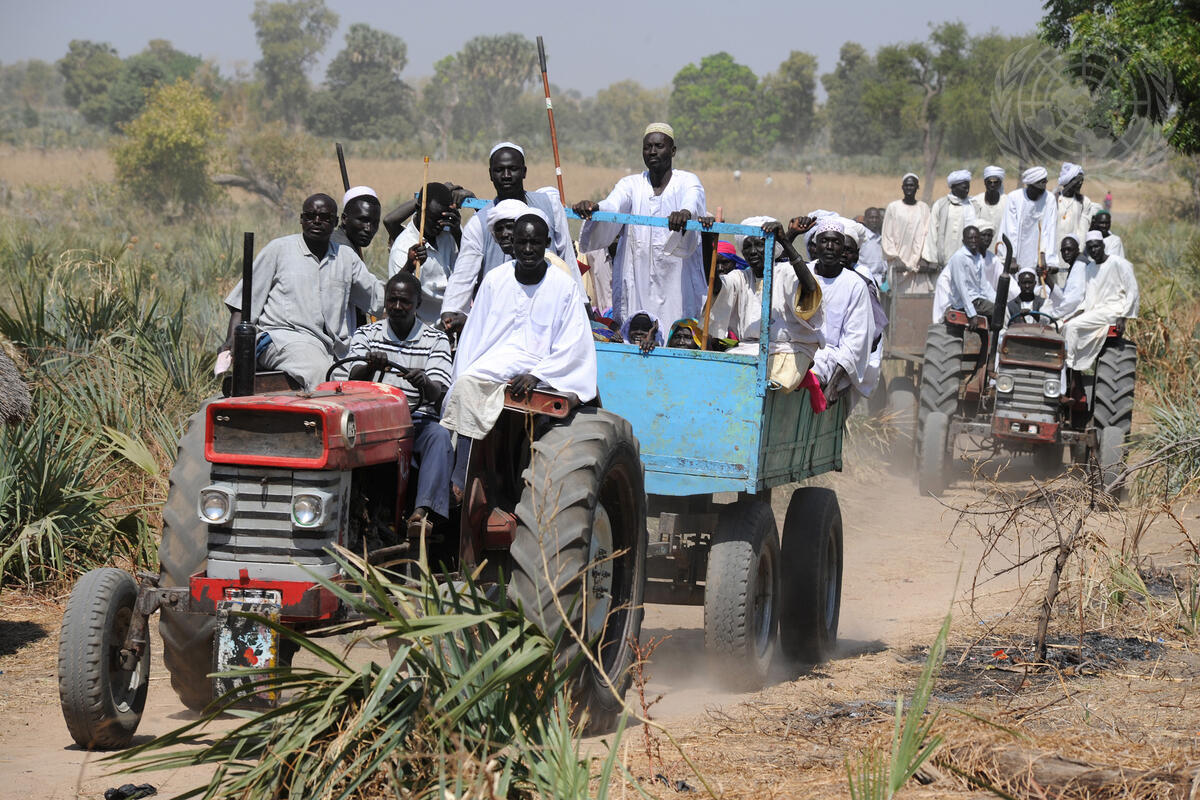 The effects of isolation

The ‘Two Areas’ of South Kordofan and Blue Nile, long-time strongholds of the Sudan People’s Liberation Army/Movement-North (SPLA/M-N), remain deeply affected by conflict and trauma, and isolated from the rest of the country. Both areas form part of Sudan’s ‘peripheries’, historically excluded from the elite establishment in Khartoum and much of the economic investment it controls. A hotbed for opposition to the state, the Two Areas have been a battleground for the Government’s military campaigns against the SPLA.

Despite ebbs, flows and intermittent peace initiatives, These conflicts remain unresolved, allowing pre-existing grievances to fester and spread. While the US Five-Track Plan culminated in unilateral ceasefires between the Government and the SPLM-N in 2017, it caused the latter to split into two factions, the SPLM-N-Al Hilu and SPLM-N-Sudan Revolutionary Front (SRF) due to disagreements on negotiation strategy, which exacerbated internal tensions. This split has complicated reconciliation efforts ever since, most notably the Juba Peace Agreement, which was signed by the SRF, based in Ulu, southern Blue Nile, and rejected by SPLM-N-Al Hilu based in South Kordofan and Yabus, Blue Nile, driving a further wedge between them.

While the conflict has evolved, it has weakened the means available to communities to cope with crises and conflict. Tribal authorities, for instance, have been weakened and their governance role has reduced, undermining their ability to resolve localised conflicts and criminality. Meanwhile, already weak infrastructure has been damaged and neglected and heavy government restrictions placed on aid to the area, international aid organisations have struggled to support communities in areas controlled by the SPLA/M-N.

The restrictions around access, delivery and implementation pose an increased risk for international aid delivery to be instrumentalised, resulting in an economic, social or resource gain for parties to the conflict. International aid actors tend to work remotely, with limited knowledge of local context and oversight.  Restrictions on beneficiary and partner selection processes have existed in SPLM/N and Government areas, though this is very fluid and varies between contexts, and restrictions are not currently prevalent in SPLM/N controlled areas.

However, despite or even because of the relative absence of international aid in the two areas, communities have developed several resilience and community self-protection mechanisms to help them survive exceedingly difficult times and that continue to function well, albeit under threat with the arrival of additional partners, resources, and returnees. These vary from the organised sharing of food and resources among community members to the emergence of civil society organisations and women’s associations who conduct a broad range of activities from aid delivery to local peacebuilding to respond to the immediate and long-term needs of the communities.

Existing, locally-led initiatives must be understood, built on and supported rather than replaced. Unfortunately, large programmes often find it difficult to invest in locally-led systems, even those that are already proving successful.  It is more customary for aid actors to design a programme in advance, from a distance, and then super-impose it over an existing landscape of local systems of self-help and relief. This very often results in local communities’ resilience mechanisms being undermined and in some instances collapsing.. When local organisations are recruited as partners, they are seldom able to meaningfully contribute to the strategy or approach, and are relegated to operational roles.

The Grand Bargain speaks specifically about the imperative to support and partner with such initiatives and platforms – without undermining them. There are opportunities and serious conflict sensitivity risks for aid organisations working, or planning to work in the Two Areas.  We must think more about the concepts of embedding, of partnering with local counterparts who know the history, traditions, dialects and decision-making mechanism of each locality – and taking the chance to learn from what is and has been effective without international support for the past 10 years.

Key factors that aid actors should consider when engaging in the two areas include:

Food aid and power in Sudan – time for continuity or change?

Conflict and aid in the Two Areas: a primer
Most Recent
Auto Draft

CsfSudan - @CsfSudan
November 29, 2022, 12:51 pm
The CSF is looking for a new Learning Adviser to lead on developing and delivering the CSF learning agenda. For more information about the job description and application process https://t.co/uQ4LPmgl1b Deadline for applications: 7 December 2022 #job #Sudan #Peace #career
2 1