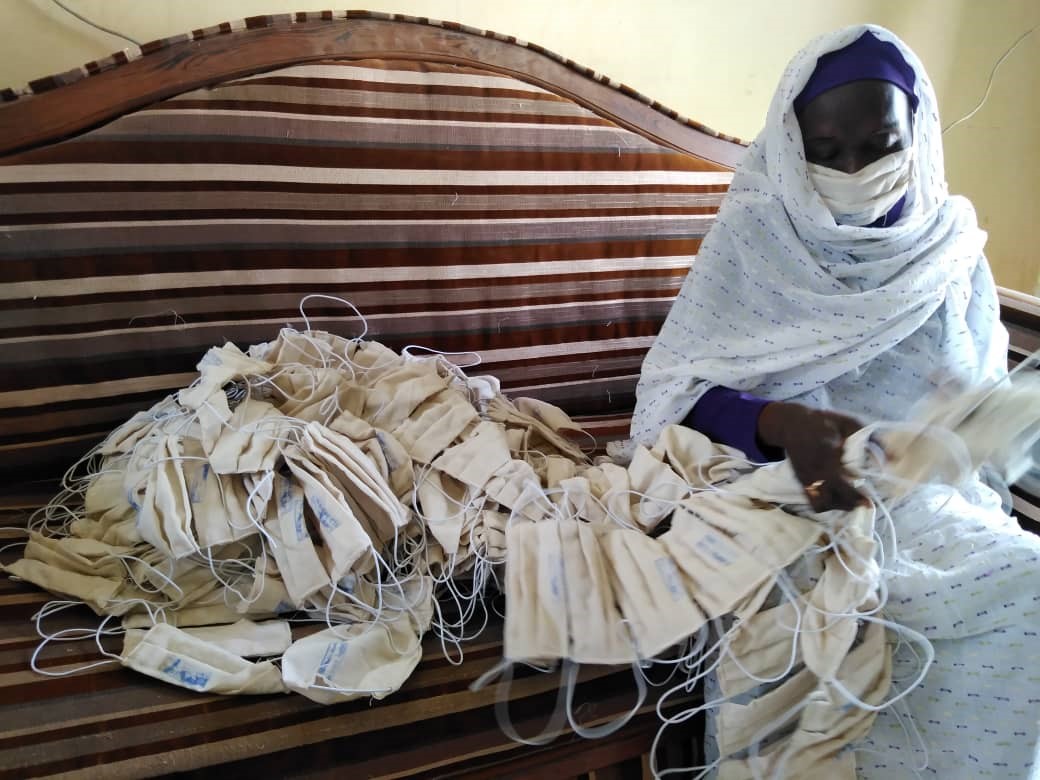 The first confirmed case of COVID-19 in the state of North Darfur, Sudan was in the city of El Fasher on April 27, 2020. By 25 November, 7 months later, official figures listed 149 confirmed COVID-19 cases and 87 deaths in the city of El Fasher. However, according to Jean-Baptiste Gallopin, the official figures severely underestimated the total COVID-19 infections because many such infections and deaths were not officially reported, with little testing available to most of the population. For instance, an unusually large number of community elders died in May 2020 during the first wave in El Fasher. The authorities described these as “mysterious deaths.” About 32% of reported deaths in El Fasher city during May 2020 were suspected COVID-19 infections according to a study by the University of Al Fashir,

When the pandemic emerged, the University of Al Fashir was engaged with Tufts University in a study of community-based natural resource management mechanisms in connection with livelihoods. This study was paused just before the fieldwork began due to university restrictions on in-person research in the early phase of the pandemic. Therefore, we shifted our efforts to assess the impacts of the COVID-19 pandemic on local livelihoods through remote data collection. Our small study aimed to understand (1) the activities of the health institutions and NGOs to contain the spread of COVID-19 in North Darfur, (2) the community responses to these measures, and (3) the impacts of the measures on livelihoods. To do this, we conducted telephone interviews with health institutions, NGOs, and rural community representatives.

The preventive measures taken and promoted by authorities in North Darfur were similar to those seen around the world.

Effects of the preventive measures on local livelihoods

Closure of major urban markets and travel bans from rural areas to the cities effectively isolated the rural producers from consumers and urban markets. Travel bans between states isolated North Darfur as interstate traders from larger markets where unable to bring in manufactured items to sell or to buy produce to take back to the larger markets.

Income was severely reduced – The price of rural farmers’ crops and pastoralist livestock decreased in production areas while they rose in urban areas. Laborers were unable to migrate to production areas, cutting off their primary source of income. The closure of markets reduced the income for many small businesses and petty traders (tea sellers, restaurant workers, barbers, car washers, shoe polishers, small shop owners, etc). Almost all respondents said that the pandemic containment measures caused huge negative economic impacts, particularly on vulnerable and poor people, such as those who depend on daily casual labour for their income.

Prices of basic goods increased – At the same time that income was reduced, all areas experienced an abrupt increase in the price of fuel and manufactured commodities like drugs, sugar, and tea. Farmers experienced a shortage of wage laborers, which increased the price of labour and therefore the cost of production and reduced their total output. People in the city of El Fashir gradually felt the higher prices of food.

Access to medical care was reduced – Representatives from UN, NGO, government, and academic sources explained during interviews that many health clinics closed during the early part of the pandemic due to the lack of COVID-19 testing and personal protection equipment as well as staff shortages due to the lockdown. Eventually, those facilities that remained open in both urban and rural areas were unable to cope with the increased pressure and also went out of service (UNICEF interview). The result was that, in addition to the negative impacts on livelihoods, people, particularly those with chronic diseases, lost access to medical care due to shortages of drugs and the closure of so many clinics.

Community Responses to the Containment Measures

These difficulties resulting from the COVID-19 containment measures, especially in the absence of obvious large-scale COVID-19 infections, led to frustrations in many North Darfur communities. One interviewee said that the lockdown measures and restricted movement “caused panic and fear for people.” Another noted that people suffered from “despair and boredom that resulted from the prolonged stay in the house.”

A lack of perceived risk to COVID-19 infection among rural communities and the negative outcomes of lockdown led many people to not follow the precautions. Due to absence or weak awareness, rural farmers and pastoralists did not adopt the preventive measures. Even in El Fashir city due to cultural norms, people were unwilling to stop hand shaking greetings and they continued to attend mass gathering ceremonies like weddings and funerals.

Mitigating the negative effects of containment on livelihoods: The shutdown devastated the state’s economy and destroyed people’s livelihoods, especially daily wage laborers–the poorest and most vulnerable. The major reasons people were not willing to abide by the COVID-19 containment and preventive measures was the lack of mitigation actions from government to reduce the negative impacts of lockdown on their livelihoods. The longer the containment measures lasted, the more people’s livelihoods were harmed or put at risk. This made people increasingly less willing to follow the health precautions at the cost of their livelihoods. In a public health crisis, people’s livelihoods need to be protected along with their health. If an end date of the lockdown had been certain, people may have been more likely to abide by the regulations.

Lessons important to the world

Joint efforts of the international community: In order to deal with any similar crisis in the future, a comprehensive plan to support the livelihoods of people most vulnerable to containment measures should be developed. This will require collaboration among the international community including governments of countries with the most at-risk populations, UN agencies, and NGOs.

Uncertainty: All over the world authorities were not able to confirm when shutdowns and curfews would be lifted or reimposed with follow-on waves, when and how institutions would resume full capacity, and how communities could survive economically as well as health-wise until a vaccine or treatment becomes globally available. Such a vague situation renders the people fearful and encourages some to be less willing to adhere to regulations.

Image by author: Preparation of COVID-19 masks at the University of Al Fashir.

Helping you help others: how to get the support you need to navigate conflict as an aid actor

Conflict sensitivity is even more important in times of crisis: blog 2/2
Most Recent
Auto Draft

CsfSudan - @CsfSudan
January 28, 2023, 12:27 pm
#Conflict_sensitivity is the ability of an org to understand the context, the impact of its intervention, and to act according to this understanding to increase the positive effects of the #conflict. What do you know about conflict sensitivity in the #aid_sector? #CSF #Sudan https://t.co/YYyqjYnjyB
1 6

CsfSudan - @CsfSudan
January 23, 2023, 10:51 am
“These challenges did not stop us.” #Women making their voices heard in #Darfur and Eastern Sudan, they are striving for a better situation. For the full story https://t.co/UwLnxc5GFb https://t.co/OQprOwkl2A
4 7

CsfSudan - @CsfSudan
January 12, 2023, 12:58 pm
RT @NicHaileyAlert: Compelling example of why climate action must be conflict-sensitive - for the sake of the climate and of communities in…
5 0