Courageous and resilient: Activists in Sudan speak out 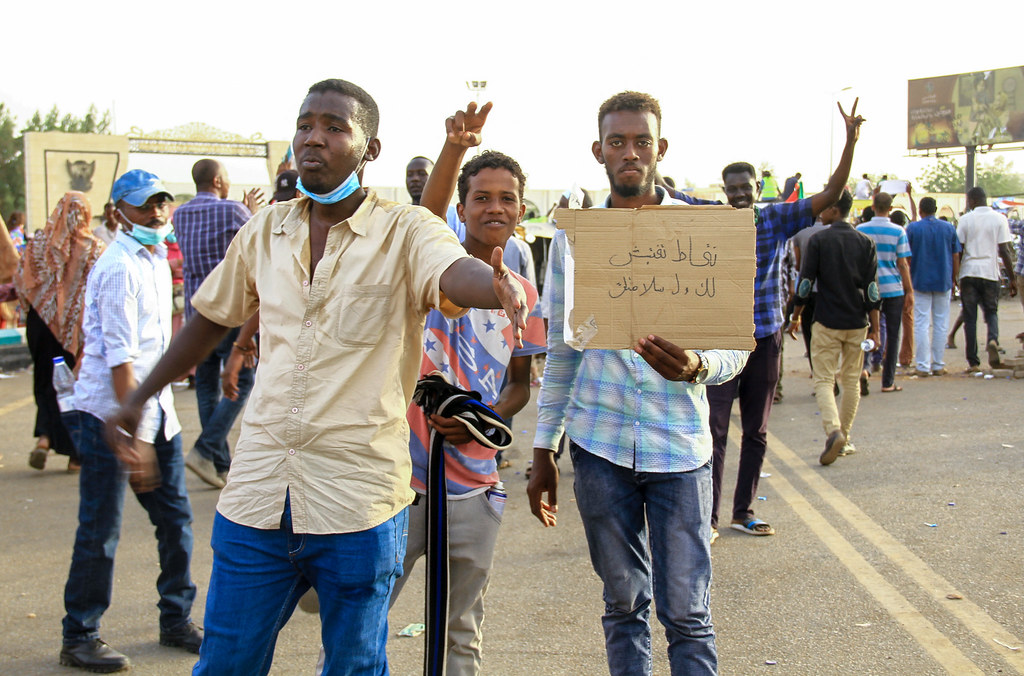 This Amnesty International report details the pressures experienced by activists in Sudan between 2016 and 2017.

The Government of Sudan’s long record of stifling dissent continued in late 2016 and early 2017. Between October 2016 and April 2017, at least 77 people were subjected to arbitrary arrests and detention in Sudan. These opposition political activists and human rights defenders are routinely subjected to torture and other ill-treatment and detained for long period without charges solely for the peaceful exercise of their rights to freedom of expression, assembly and association.

You can find a link to the original webpage here.