Talking to the ‘other side’: humanitarian engagement with armed non-state actors in Darfur, Sudan, 2003-2012 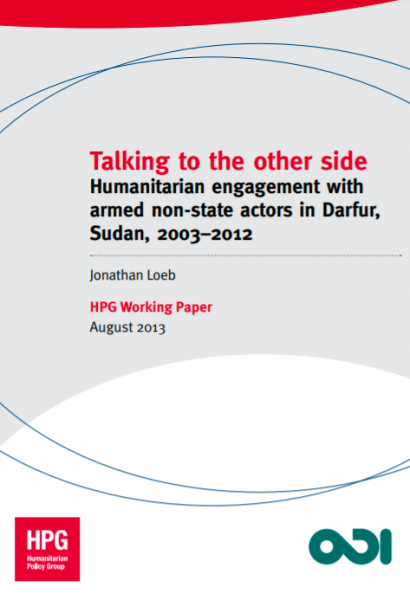 This Working Paper explores how, during the past ten years, the civilian population living outside of Government of Sudan-controlled territory in Darfur has witnessed the rise, decline and disappearance of cross-line aid. It argues that the policies and behaviours of parties to the conflict are principally responsible for this unfortunate trajectory, though the international community is also at fault. The study offers recommendations on how to address the ongoing challenge of access in Government and rebel-held areas in Darfur.

This working paper is originally from the Overseas Development Institute.

Put out to Pasture: War, oil and the decline of Misseriyya Pastoralism in Sudan

Humanitarian crisis in South Kordofan: the need for a political solution